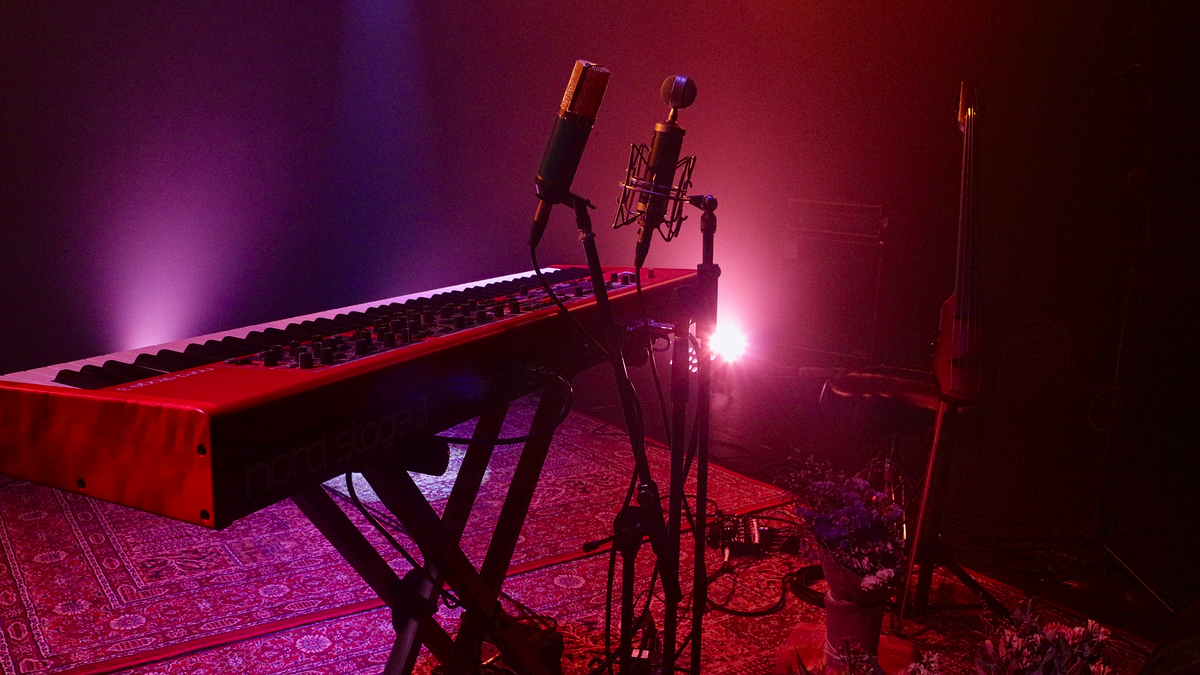 Jennifer Trijo is a Filipino-Australian musician. The Adelaide-based singer-songwriter honed her stagecraft while performing on the Sydney cabaret circuit. Influenced by her professional theatre background, dramatic storytelling is at the heart of her songwriting. Her theatre-meets-pop approach encompasses soaring melodies and dynamic arrangements which highlight her characters’ plights and aspirations. Her sound is eclectic in the style of Alicia Keys, Joni Mitchell, Sting, Stevie Wonder, Alan Menken, and Tim Rice.

Jennifer Trijo is a versatile performer with over 20 years of stage experience. While studying a double degree in music and education at UNSW, she performed regularly with her own band, the popular 8-piece pop-funk outfit Leroy, and toured along the east coast as a cabaret artist for Skeed Entertainment. She made her professional debut in the Australian Tour of the musical Miss Saigon, during which she released her debut self-titled EP featuring the uplifting single ‘Calibre’. As part of a mentorship through Nexus Arts’ Interplay artist development program, she released the studio version of ‘Someday’ in October 2020.

Jakub Gaudasinski is a graduate of the Elder Conservatorium of Music where he majored in composition. He has composed and released two commercial albums, Origin of Us and Entanglement. He specialises in live show production and reinforcement, recording production, post-production mixing and mastering, and computational sound design and programming.

Jakub is a multi-instrumentalist and plays the drums, cello, electric bass guitar, and keyboard. Jakub delivers the sound production course at the Australian Youth Orchestra’s National Music Camp, and has mixed live performances for a variety of artists including Paul Kelly, Kate Miller-Heidke, Slava Grigoryan, Adam Page and Amy Dickson. His credits as a recording engineer include the Australian String Quartet’s Live at Ukaria series 2020/2021, Avem Asperitas (Lachlan Skipworth/AYO), Stan and Mabel (Paul Rissmann/ABC Classic/Universal), and Beethoven Piano Concertos (Jayson Gillham/ASO/ABC Classics/Universal) which received an ARIA nomination for Best Classical Album. Jakub was the recording engineer and producer for Jennifer Trijo’s single Someday for which he performed the electric cello.

Amber Fibrosi is an Adelaide singer and musician who performs regularly in local music theatre productions. Over the years, she’s been involved in many music events, most recently performing in Grease (Adelaide Youth Theatre) as a Greasette, radio voice, and Sandy understudy, and in Peter Pan (Adelaide Theatre Academy) as Wendy Darling.

Amber enjoys writing her own music as an outlet for self expression. Her music influences include Lianne La Havas, H.E.R, Jess Glynne, and Johnny Manuel. She has been accepted into the Bachelor of Music Theatre course at the Elder Conservatorium, University of Adelaide and is very excited to begin her studies this year.

Amber will feature in Jennifer Trijo’s band as a backing vocalist and instrumentalist in the 2021 Adelaide Fringe production of Someday.

Loretta De Palma attained her Bachelor degree from the Elder Conservatorium, University of Adelaide in 2004 where she studied classical violin and teaching. She has performed with many local artists, musicians, and ensembles, and has recorded with jazz musician Timothy Davey. Loretta has played in many musicals, including productions by the State Opera of South Australia, and has conducted and led the York Peninsula String Orchestra.

In 2019 she presented her first enchanting album titled Cuore Verde – Reflection of the Chakras, using rich frequencies that research has linked to benefit each Chakra. The album featured her 1801 German classical violin layered with beautiful harmonies and vibrations from a collection of native percussion instruments, piano, and crystal singing bowls. Cuore Verde, meaning green heart, is an enlightened and spiritual album, ideal for relaxation, meditation, and therapy.

With Cuore Verde Loretta delivers peace and harmony through spiritual and soulful sounds. “Cuore Verde, Loretta De Palma’s first album, is an intoxicating mix of healing, soothing music, that transports the listener into unknown, yet at the same time, familiar realms within one’s soul. The music is earthy, yet dreamy and celestial. An amazing achievement.” Toni Carmine Salerno – Artist, Author, Publisher